The summer months are usually when people tend to hit up the online casino for their gambling as opposed to betting on sports. The sports calendar slows down every summer, with only Major League Baseball games taking place.

Major League Baseball has a long season, and it’s hard to stay interested throughout all 162 games unless there are big storylines taking place. There is one big story in 2022, and it’s one that has started to pop up in recent weeks.

St. Louis Cardinals slugger Albert Pujols is closing in on 700 home runs, which would be one of the greatest feats in baseball history. Pujols came to the Cardinals this Winter with very low expectations, but he is now closing in on that historic milestone.

Pujols played a key role in the 2011 World Series title run with the Cardinals, but then he left the team after that season. The slugger signed a then-record deal with the Los Angeles Angels after it was clear that the Cardinals were not willing to pay that kind of money.

Pujols simply did not deliver with the Angels, and he was traded to the Los Angeles Dodgers during the 2021 season. There were some brief moments of greatness in Los Angeles, but Pujols appears to be reborn in St. Louis.

Entering the final weekend of August, Pujols has belted 693 career home runs, and one good month could get him to 700.

Pujols has spent the majority of 2022 as the DH for the St. Louis Cardinals, but he has also gotten some time at first base. Most of his starts have come against left-handed pitching, but he has started to get more plate appearances in the second half of the season.

Entering August 28, Pujols has hit 14 home runs and driven in 38 RBIs for the Cardinals during the 2022 season. There was a stretch in early August when he went 10-14 with six home runs against left-handed pitching.

Pujols has played in just 77 games entering August 28, and he’s likely to get in around 20 more before the end of the season. The slugger will have to hit a home run in about one of every three games to reach the milestone, but that’s something he has done in the past.

If the Cardinals are able to clinch the NL Central Division early, then Pujols could be slotted into the everyday lineup in search of history.

The 700 home run club has just three current members in it, and the career home run leader has a big asterisk next to his name. It was only a few years ago that it was assumed that there would never be another member of this club.

Barry Bonds is the career home run leader with 762 home runs, officially moving into the top spot on August 7, 2007. Bonds was a known steroid user during this playing career, which has stained this legacy.

Hank Aaron is in second place with 755 home runs, and Babe Ruth is the only other player with over 700 home runs. The 714 career home runs from Ruth was once considered to be one of the greatest feats in professional sports before he was passed up.

Pujols isn’t the only member of the St. Louis Cardinals to be getting the pre-retirement treatment on the road this season. Future Hall of Fame catcher Yadier Molina is also set to retire at the end of the 2022 season, and he does look like his career is over.

Molina has battled injuries over the last few years, and he has actually been away from the team a handful of different times in 2022. Pitcher Adam Wainwright could join Pujols and Molina in retirement at the end of the season, but he hasn’t announced a firm decision.

This trio of players are among some of the best to ever wear the St. Louis Cardinals uniform, and they are feeling the love and appreciation from the fans. All three players have helped the Cardinals get back into first place in the NL Central Division, and they will all be together for one final postseason run. 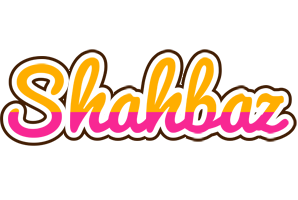 Shahbaz K.A
I started crafting my articles to enlighten my ideas only however, later on, I bartered my skills to explore more. I’ve worked in several companies to build my skillset. I have expertise in inclusive categories like Legal Drafts, Travel, Technology, Products, Brands, Academics, SEO, Business, Health, Fashion, Lifestyle, and more. I can pattern varied tones like Confident, Agreeable, Conversational, Denial, Disgraceful, Motivational, Engaging, Storytelling, and Informative.

Dumbbells vs Barbells: Which Is Right for Your Workout?

10 Sports Marketing Ideas – You Must Learn