What Are Popular Cryptocurrencies Apart From Bitcoin And Ethereum? However, if you want to invest in these currencies, it would be important for you to know what they are all about before making any decisions. That’s because some of them might not be as good as others when it comes down to their performance and reliability.

So, in this post, we will show you some other popular cryptocurrencies aside from Bitcoin and Ethereum that you might need to consider adding to your portfolio. Let’s see them together!

Litecoin is another popular cryptocurrency out there. It was one of the first altcoins and has remained one of the most popular. Litecoin has a lot of similarities with Bitcoin, but it has a faster block time and a different hashing algorithm. The current price of Litecoin is $57.63 and has a market cap of $4 billion.

Cardano was launched in 2017. It is not just a cryptocurrency project but also a decentralized public blockchain making huge waves in the crypto space. It was created by Charles Hoskinson and Jeremy Wood, who are the co-founders of Ethereum. Cardano uses a scientific philosophy to build a platform that can be used to create smart contracts.

Cardano also uses a provably secure protocol called Ouroboros to achieve this goal. This protocol is unique in that it is one of the few protocols that were chosen using two out of three rounds of peer review by cryptographers worldwide.

Cardano’s governance system is based on its own native token called ADA (named after Ada Lovelace). The token is used as voting rights in determining how the platform should be developed over time. Therefore, those who hold ADA have an incentive for contributing towards the development of this project because they can earn back some returns from doing so!

Many crypto experts consider buying Cardano one of the smartest moves any crypto investor could ever make. The current price of Cardano is $0.491, with a market cap of $16 billion.

Ripple is a payment network, currency exchange, and remittance network with offices in San Francisco, New York City, London, Sydney, and Luxembourg. It can be used by banks and other financial institutions to improve their international payments.

Ripple provides a single global ledger that can be used to track all transactions on the network. This allows banks to settle cross-border payments faster than they could when using existing systems. Ripple’s current price is $0.36 and has a market cap of $18 billion.

Solana is a project similar to Ethereum. It is a proof-of-stake cryptocurrency that allows for large-scale decentralized applications (dApps). The main difference between Solana and Ethereum is that it can scale to millions of transactions per second, while Ethereum can only handle about 15 transactions per second at its peak. The Solana blockchain platform uses the [SOL] cryptocurrency as its native currency. Solana’s price is currently $38.37, with a market capitalization of $13 billion.

Dogecoin was created as a joke by Billy Markus, a programmer from Portland, Oregon, who wanted to create a cryptocurrency that could reach a wider demographic than Bitcoin. The Dogecoin community is known for its philanthropy efforts, raising money for charities such as the Jamaican bobsled team and funding the delivery of water pumps to village wells in Kenya.

Dogecoin is most commonly used on DOGE-focused tipping platforms and trading sites like Cryptsy or Bter. However, it can also be mined solo or pooled with other miners.

While Dogecoin has recently been criticized for its lack of security, it remains one of the top cryptocurrencies currently in circulation since it began in 2013. And the meme coin has even reached up to $400 million in total value. The present price of Dogecoin is $0.006481 and has a market cap of $9 billion.

Polkadot presently sells for $7.04 with a market cap of $7 billion. Polkadot is a heterogeneous multi-chain technology, which means it is a protocol for building multiple chains connected to each other. It’s basically like Ethereum but with the ability to add new blocks and store them on different blockchains.

Polkadot is also a platform for building blockchain networks, allowing them to connect with each other and share information safely. This means you can use one chain for voting and another for storing data about your company employees.

As you may know, the Shiba Inu is a popular Japanese dog breed. The cryptocurrency Shiba Inu was inspired by this adorable animal, and it too shares certain characteristics with its namesake. It is most notably a proof-of-work (PoW) cryptocurrency, meaning miners must perform significant computational work to add a transaction block onto the chain.

Like Bitcoin and other PoW cryptocurrencies, there will only ever be 100 million tokens created through mining – a process that rewards miners for solving complex mathematical equations using special software called “miners” – and no more coins can be created after this point. Shina Inu presently has a market cap of $6.5 and sells for $0.000012.

Thether presently sells for $1 with a market cap of $66 billion. Thether is a cryptocurrency that is focused on privacy. It is a fork of Monero, and like Monero, it’s a Proof of Work (PoW) cryptocurrency. Thether was not pre-mined and also has no ICO. It’s not related to Bitcoin at all; it’s actually its own blockchain and has its own history unrelated to Bitcoin’s blockchain.

Depending on your goals and risk preferences, there are many other cryptocurrencies to choose from. This list is certainly not exhaustive: there are hundreds of different coins out there that you can research and find more information about online.

We hope this guide has helped you narrow down your options, and we wish you the best of luck with your cryptocurrency journey! 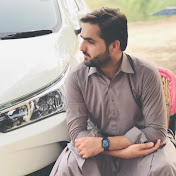 How to Grab Knowledge about Profitable BTC Trading in Nigeria?