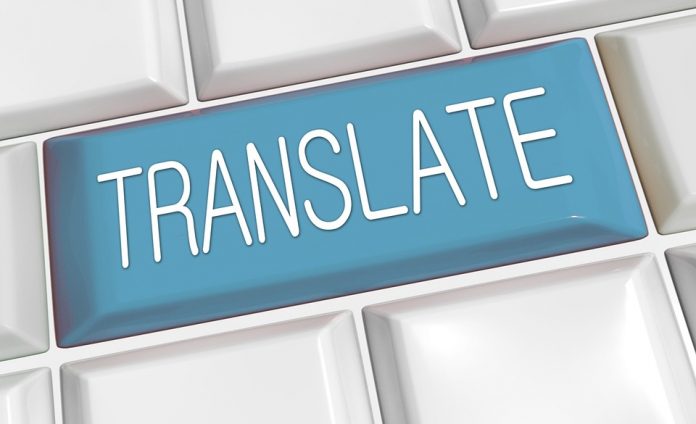 China is one of the epicenters of business and trade in the world. As one of the largest nations and one of the foremost in academics and technology, it only makes sense that more European and American businesses are collaborating with Chinese companies on everything from trade and manufacturing to outreach and overseas expansion.

This is great for the businesses involved – as long as the management teams from these businesses can communicate effectively. The problem is, while English is widely spoken in other parts of the world, Chinese is not as widely learned in America and other nations. This is why so many businesses today are partnering with Chinese translators and interpreters – and why your company should do the same!

How much opportunity does having a Chinese language expert on your team bring? The number is growing every day and is almost difficult to quantify as a result, but it’s well over a billion opportunities! China is one of the largest nations on the planet and is so densely populated that the native speakers within the country’s borders make up hundreds of millions of the world’s total speakers – but there are even more than that. Estimates put the number of native Chinese speakers at around 1.3 billion, adding over a billion consumers to your potential market when you add the language to your armory.

Having a Chinese translator online doesn’t just open doors for your company in China itself, but in many communities worldwide where Standard Chinese and other forms of the language are spoken. Global expansion is one of the top goals for many modern companies and communicating with Chinese speakers is one of the best ways to achieve it!

Chinese National and Economic Growth Differs from American, European, and Other Countries

The United States and many nations in the European Union have experienced downturns in their economies and overall growth. Political upheaval and changes in trade priorities have drastically reshaped the way nations do business with one another – and many people in these nations may assume its the same everywhere.

However, China often differs dramatically from western nations. Their singular focus on the welfare and growth of their own nation and its economic stability and expansion is remarkable. This difference makes for some unexpected problems, since many American companies may assume that their struggles might be shared by Chinese investors and businesses. The reality is much different – and often much better than you might assume.

Because of China’s trend toward rapid growth – even in the wake of a worldwide pandemic that originated within their borders – doing business with companies and individuals in China can be a smart move for those in other countries. Those who are seeing the economy in their own country trend downward could see increased business and profits by seeking Chinese investment partners and clients – and by working with Chinese translators to make the process a smoother one.

Freelance Translators Allow You to Customize Your Experience Entirely

Now you see the reasons why your business should work with a Chinese translator – but where should you hire one from?

There are plenty of translation agencies available worldwide to choose from. These companies often offer seemingly-lower prices and lightning-fast turnaround times, but they may be doing so at an unseen cost.

Often, the prices major agencies offer clients and consumers is either much lower than the industry average due to outsourcing labor to substandard teams of translators, or actually higher than what you would pay with a freelancer. After all, freelancers don’t have overhead costs to cover. When you work with a freelancer, you only pay for what you’re getting.

Likewise, their quick turnaround times are often due to lower-quality work and less oversight. If you’re willing to get less just to pay a little less, that might be fine. However, businesses that want top-quality translations and smooth communication with their Chinese partners should work with a freelancer. Their turnaround time might be a few hours or even days longer, but the quality will be superior and the oversight much tighter.

Perhaps one of the biggest advantages of working with a freelance language professional is that they don’t have expectations of steady work. You won’t get locked into a long-term contract or be obligated to pay your translator during times when you don’t have work to offer them. You will pay for the work they do for you and nothing more. When you’re unsure of how much communication you will have with your overseas business partners, this can be a major cost and stress savings for your company.

Don’t let the ever-growing Chinese marketplace leave your business behind. Join the action by getting in touch with a translator who can help you make sense of things.

When should you call for professionals to repair your heating system?